Sindecut and cut and paste 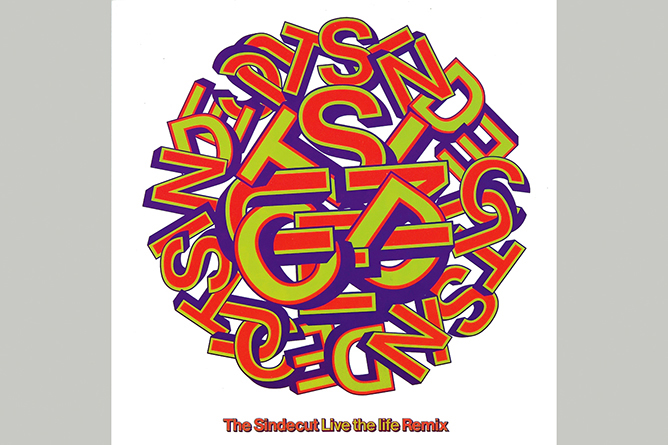 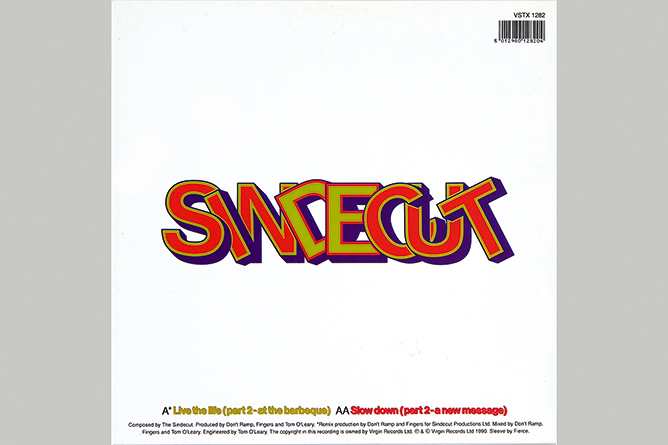 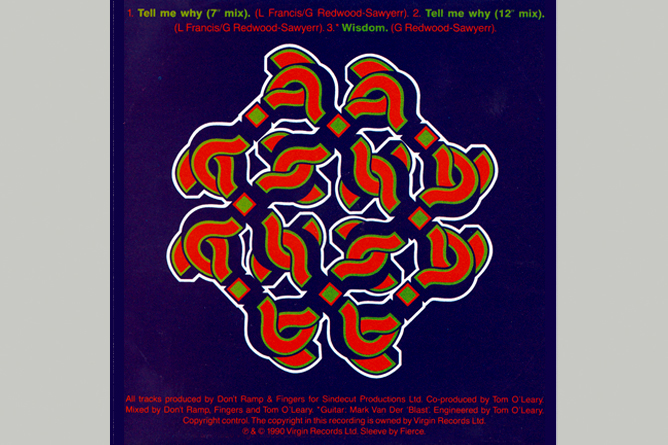 In 1990 the process of graphic design – getting your idea to the printed page – was very different. Smooth powdered-china coated CS10 board was masking taped onto drawing board, artwork formats drawn with rotring pen and the various graphic elements glued into position. Typography was specced from a typesetting house and supplied as bromide. A mathematical system based on the standard character width of your typeface of choice, word count and the width of line required provided with your point size and leading choice a hopefully accurate estimate of the space needed. Photography was supplied as photocopies at the size to be used and dropped in at repro. This artwork marked up for colour.

It was all very laborious. And expensive. We regularly spent at least a third of our total design fee on typesetting, as it went back and forth with amendments and corrections. As we were generally designing on the hoof we would receive typesetting as galleys, cut it up and try different ideas. If the size changed a little we would PMT the typesetting up and down. The poor (300dpi) outputting quality of photosetting didn’t allow too much change in scale.

The typeface for these Sindecut sleeves is AG Buch Inline Medium Shaded. It was sourced from a 1980’s Berthold catalogue, listing often exotic, dramatic typefaces like the rarities in a museum catalogue, with opaque codes designating which photosetting system was required for their output. Typically and frustratingly the more exotic ones were inevitably unavailable.

There was a fantastically Lubalin-ish gloopy script called Arvelin which I was desperate to get (notice, not ‘use’ – ‘get’) but never tracked down, maybe the photosetting system it used was never actually built. It seems to have completely disappeared, I’ve googled it and nothing comes up. This is probably why I decided ultimately to draw my own, I couldn’t take the disappointment.

The problem continues mind you, AG Buch Inline Medium Shaded not having made it on to any Akzidenz Grotesk roster of weights in any digital library. Have all those crazy swash versions of Helvetica you used to see been digitised I wonder? There did seem to be a quaint kind of free for all when it came to redrawing versions of existing designs. I say quaint of course because it didn’t involve any work of mine being plagiarised.

Surprisingly, happily, AG Buch Inline Medium Shaded – the most extreme version of this workhorse typeface – was available. And supplied in long strips of 3 inch high stiffish glossy bromide. These were enlarged by photocopy (cheaper and quicker than PMT camera), cut out, arranged and stuck down with tape and glue. Colour was marked up with felt tip pen on a tracing paper overlay (this could take a while to do and felt a bit like doing a children’s colouring-in book).

Hopefully the record company would pay for the number of colour separations the design required. There was a recession going on and they were short of money. If they didn’t, they would just leave some off. Without telling you. See those lines between the letters on the SINDECUT lettering of the back cover of the Live The Life Remix sleeve? They were put there by the printer, making a bad job of the colour separations.

The Sindecut sleeves were a kind of formalised, typographic, graffiti letter pattern. The inline and shadow of the typeface being the kind of ideas used by graffiti artists. The minimal, consistent colour scheme and basic secondary typography gave a structure so it all didn’t look like a pastiche or too ‘pop’.