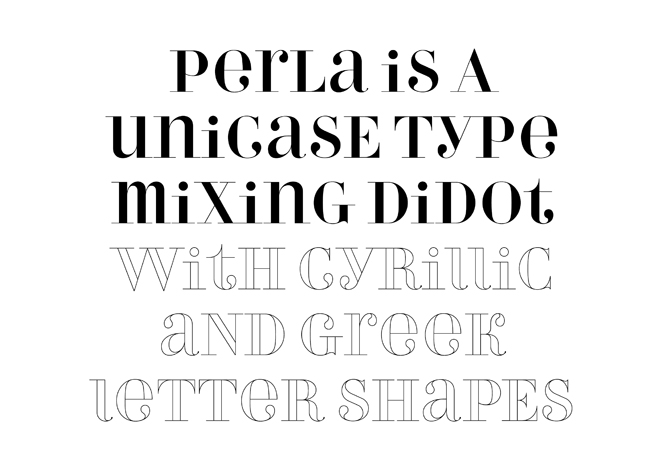 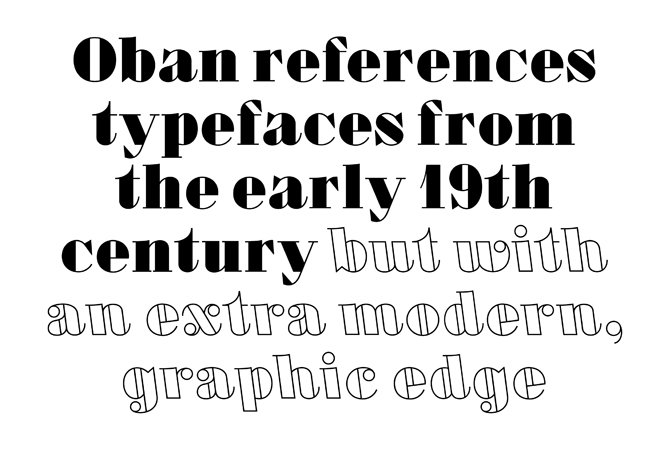 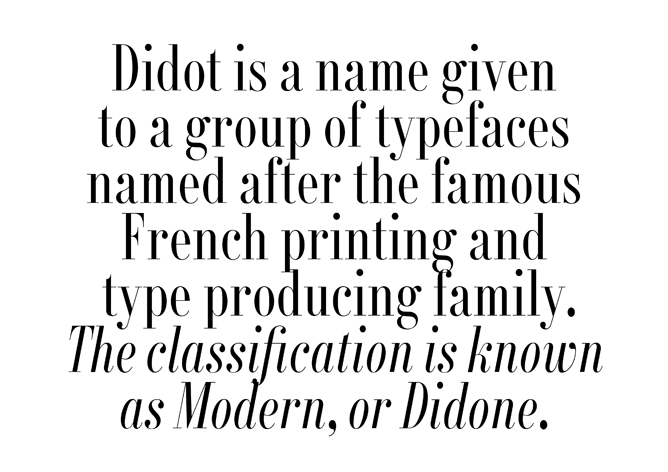 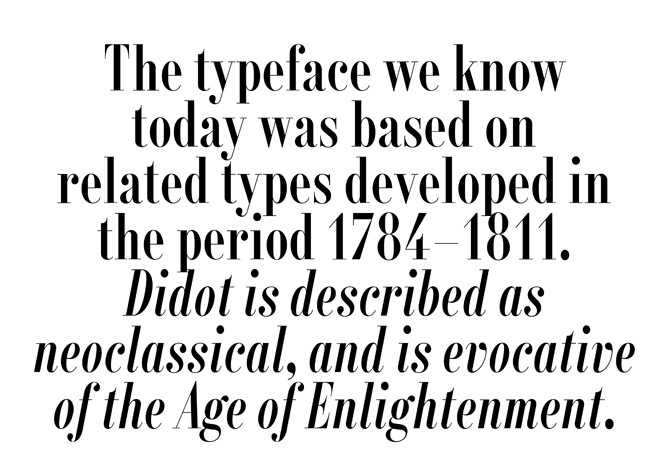 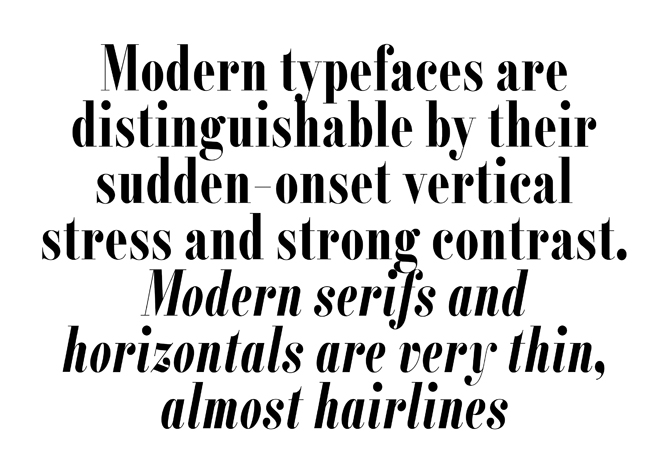 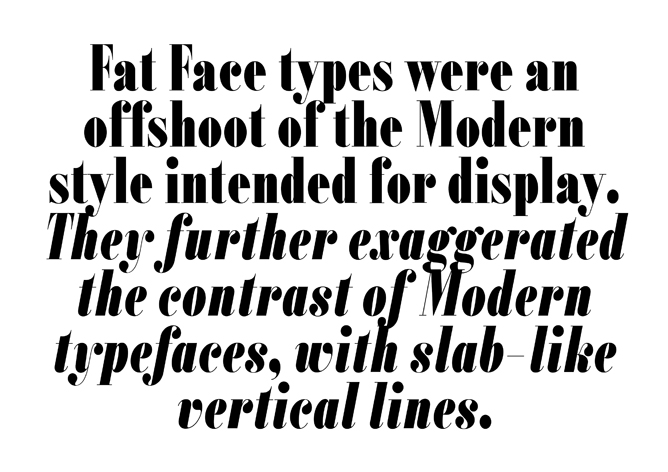 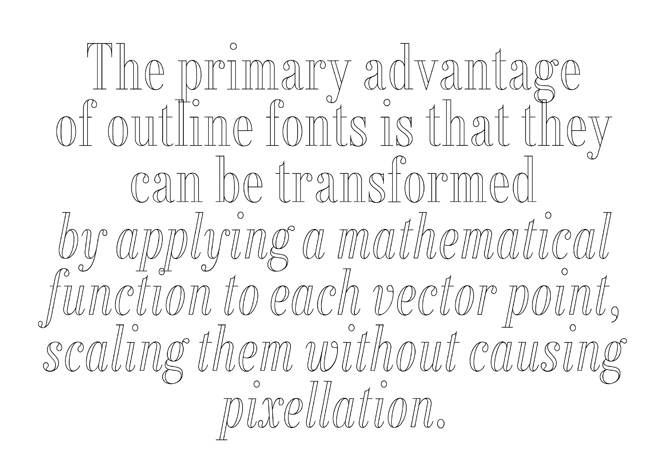 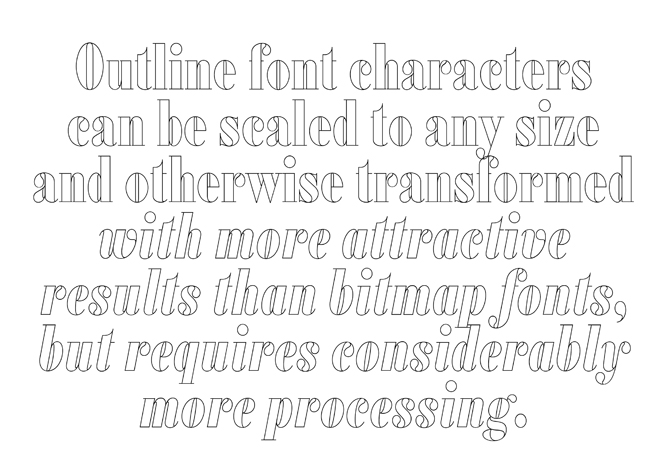 What is the purpose of a revival of a classic historic font, one that exists in a myriad forms already? Why add another revival to a market place sinking under the weight of revivals, rehashes and redrawings?

Small type studios and mega producers/distributors continue to provide ‘new’ versions of classic, marketable fonts, often promoted as being somehow definitive. For example, Linotype’s Next series ‘updated’ big sellers such as the not very old Helvetica and Univers, and have just belatedly released Avenir Rounded. Avenir and Univers were designed by Adrian Frutiger, so at least he has been involved with the redrawings of his work. These updates have the stamp of their original designer, of course, this can’t always be the case.

The newly released Neue Haas Grotesk by Christian Schwartz is a kind of anti-redraw of Helvetica, being an accurate rendering of the original drawings of the typeface originally called Neue Haas Grotesk then renamed. It demonstrates the shoddy treatment this typeface has had in its multiple redrawn forms. It is more Swiss and less mechanical somehow, beautifully drawn and most definitely a valid exercise.

So, seeking the input of the original designer, or returning a type to its original form, where enough source material is available, is worthwhile. But these new versions, or belated additions such as serif or sans serif versions, rounded, outline, condensed etc feels like gaining revenue from a marketable name, rather than investing in new work. This presumes an audience seeking more of the same would happily swap old for ‘new’, or new-old.

Older types present a different problem, where source material is scarce, in poorer condition and open to interpretation. Jonathan Hoefler has discussed the variables in recreating old forms from old sources, where printing discrepancies produce degradations and differences in character shape which produce various possibilities when redrawn. In this case, how can revivals of old historic types be termed authentic, or accurate? As with the Next series, who decides? Perhaps, with their seductive familiarity, beauty and historical resonance, this room for interpretation is the reason there are so many Bodonis, Caslons, Baskervilles etc.

Perhaps the oldest consistently used type, that based on Roman inscriptional forms and generally called Trajan after its most famous example, has been recently redrawn with an added bold weight and, oddly, a sans serif version. Again, in its original form it is an undoubtedly beautiful type and with its age and history full of weight and meaning. Its regular use as a font for film titles has entertainingly been documented by Yves Peters and it is clearly marketable enough to make added versions financially viable, if conceptually backwards.

The history of type is of course rich, complex and fascinating and by its nature letters are forms or versions of historical models. These historical models are a huge rich source of inspiration and reference, and mixing these can make something new, different and relevant, while keeping historical context. While type design can sometimes by an excluding discussion of arcane historical models, different generations of designers can bring new ideas and express old forms in different ways.

The Alias typefaces with the most direct or specific historical references have started life as commissions. They also have a shared reference point, exploring an interest in the Didone style, from Didot, through Modern and Fat Face styles. These have the strong contrast between hairline thins and slab-like heavy verticals that feels graphic and contemporary. Alias Granite, discussed in a previous post is a contemporary, modular, slab serif expression of the same idea.

Perla was in fact a combination of two commissions, for two music industry projects. Its more expressive forms were originally for Polish pop singer Edyta Gorniak, hence the east European reference point in some of its character shapes. Didot, with Bodoni, is of course a font closely associated with fashion, whether for fashion house logotypes such as Burberry and Armani, or magazines including Vogue and Harpers Bazaar. The letterforms tapped into this heritage with an extra rounded fluidity and swash-like decoration.

In its purer caps form it was drawn and used for Japanese pop-funk band Mondo Grosso, with reference to an old drawing of the elegant Firmin Didot type. Mondo Grosso, again, were keen to focus on the fashion influence, and its simple elegance was a counterpoint to its pop Japanese context. As with Oban and Alias Didot there seems a simple logic in making an Outline version with the line the weight of the thin stress, as if the typeface was drawn with a thin-tipped pen.

Originally drawn as a rebranding proposal for a fashion house, Oban takes inspiration from Thorowgood types and from sample books of wood cut fonts from the late nineteenth century, with their spirited and expressive, heavyweight graphic, sometimes naively drawn forms. Oban has a modular geometry and its character shape has an extra sharpness, with the slight curve connecting vertical to horizontal and curve to straight line of the originals reduced to a sharp angle. It has two versions, with ball terminals or triangular serifs, each with a backwards italics and outline. The backwards italic suggests the kind of self-consciously quirky idea a nineteenth century type founder might have had.

Alias Didot was a proposal for a redesign of a fashion magazine. The client had reference for a few upper case characters of a condensed Didot, and wanted to explore developing these into a font. Having done some quick online research there interestingly didn’t seem to be such a type available. Typefaces such as Ambroise were close in style but with a softness, such as in the bracketed serifs in its upper case. As well as its condensed shape this type was to have a sparse severity, such as the sharp angular connection between vertical and horizontal.

In many ways the type isn’t a Didot at all, the italic in particular jumbles styles, the numerals swap between Didot, Bodoni and others. For the bold weights the idea was simply to increase line weight and ball terminals at the same-ish ratio, they are normally reduced to maintain an elegant proportion. The condensed character shape was maintained as much as possible. The result is that the Bold and Black weights get quite compressed and the type takes on a different character, that of more expressively, robustly graphic Modern and Fat Face forms. The Black weight in particular has the spirit of having been drawn for an ad agency in 1970s New York, maybe by Herb Lubalin.

Alias Didot is available from Alias

Perla and Oban are available from FontShop