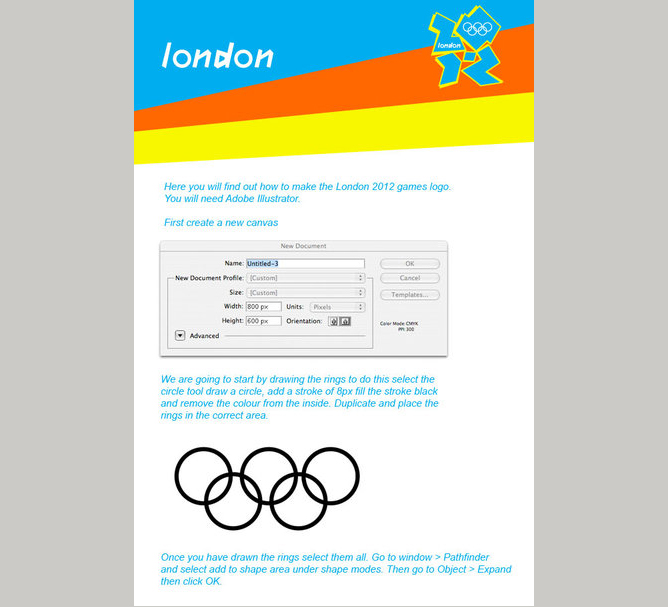 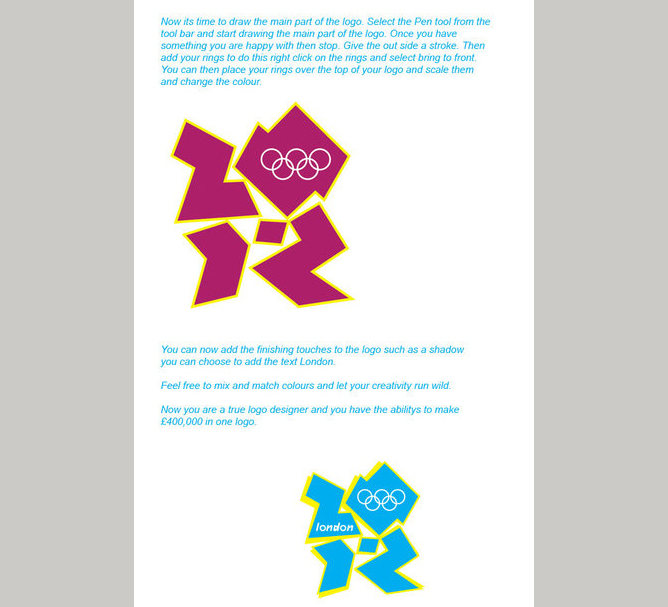 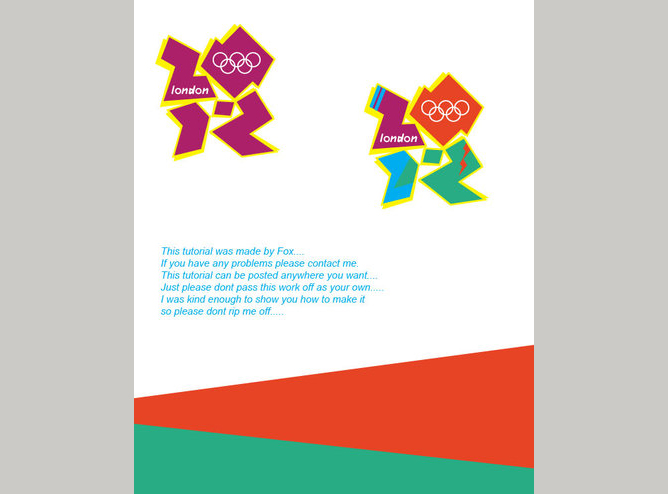 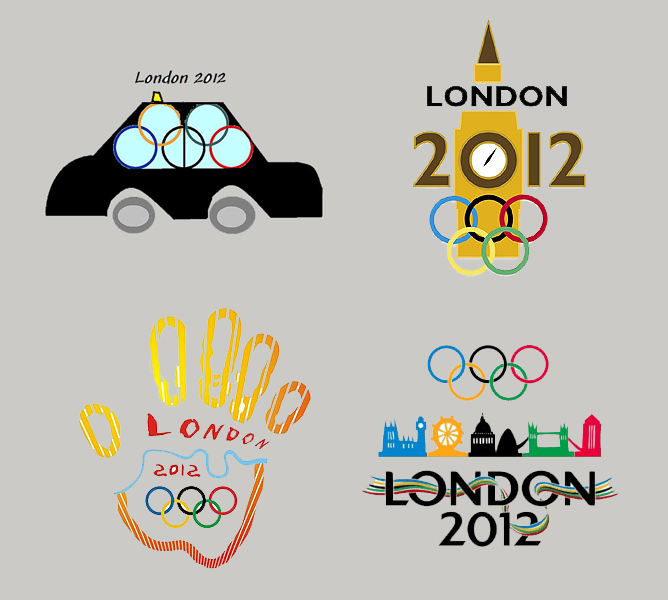 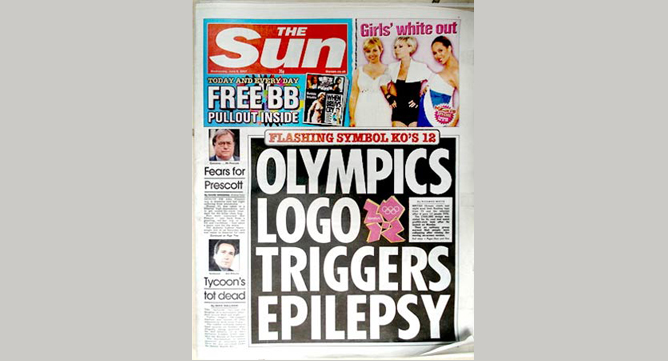 There is a how-to- guide to drawing your own 2102 Olympics logo. A guide for Fakers. In many ways this is odd, mainly because there are so many decent size JPEGs on the internet, and as it is drawn from straight lines, so not difficult to copy with some very basic knowledge of drawing software. The ‘guide’ itself is so basically worded as to be no more than an instruction to trace, hence the inverted commas.

So why bother? This is the same person who drew the quirkily inaccurate fake font discussed in a previous post, when some quick googling reveals pirated copies of the real thing. So just a misguided attempt at self-publicising? An attempt at democratising a well publicised international event, or of subverting it? Disseminating or encouraging illegal copies of the Olympics identity would be a way of doing this, though there’s no political intent mentioned in its website. Perhaps it is more a skewed way of connecting with it, and of a professional world where large fees are incurred for kind of commission. A me-too.

Perhaps the same could be said of the logo designs sent by children, amateur and professional designers to newspapers and the BBC, many with derisory comments about the official version  - ‘aghast’, ‘appalled’, their version better and ‘done in ten minutes’, ‘for free’ (these sent-in designs were often accompanied by shocked references to the alleged £400k cost of the identity). Whatever you think of these, their creators obviously felt strongly enough about the official design and their own ideas to spend the time making their own version and sending it off.

In the public mood, as it was popularly represented in the days and weeks after the identity’s launch there was a sense, as with conceptual modern art, of being somehow hoodwinked. The lack of obvious craft skills in the identity meaning there was a sense of me-too, that anyone could have down it, could have received that lottery-win fee.

The cartoon above spoofs the ‘professional’ mood. The big branding agencies who undertake such projects are certainly prone to smoke-and-mirrors management speak about what they do, discussing in overblown terms work that perhaps doesn’t always justify their claims. If they are pompous about what they do, maybe there is an external laymans view that is overly simplistic – the job’s a sketch or two and a large bill. In the case of the Olympics identity, this creates an entertaining news story and fills column inches (or gets web-hits) but is hardly constructive or attempting to bridge this disconnect between the public and creative industries. There was missed a great opportunity to explain the design process, the considerations and practicalities involved, of engaging the public with it. For a celebratory event hoping to enthuse and involve the public, this was a great shame.

In the Fakers Guide there is an oddly one-dimensional, presumably irony-free attitude to ownership – ‘please don’t rip me off’, demonstrating a gobsmacking lack of awareness. This is a by-product of the ease of copying data, remotely, and ignoring or (a charitable view) not understanding copyright law or ethical considerations. Also the ease of producing a smoothly ‘professional’ result with what used to be called desktop publishing. In this case from a would-be designer (he has a website of his own graphic design work), from someone wanting to make a career in the creation of what is called Intellectual Property, most odd and lacking in forsight.

As the opening of the Games nears its identity will no-doubt be usurped in a myriad ways, by companies catching the mood to make some money, by those for and against the Games and what it stands for, for profit or not. Intelligent, original ideas will be welcomed.