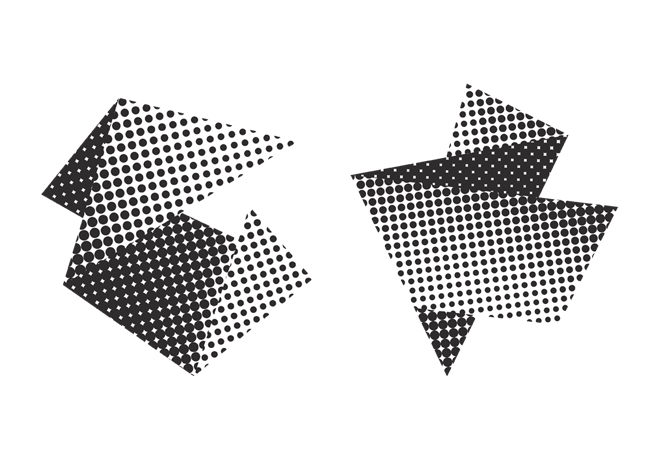 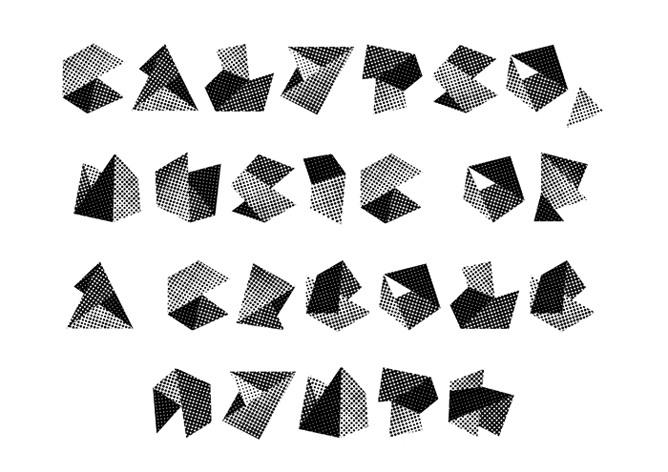 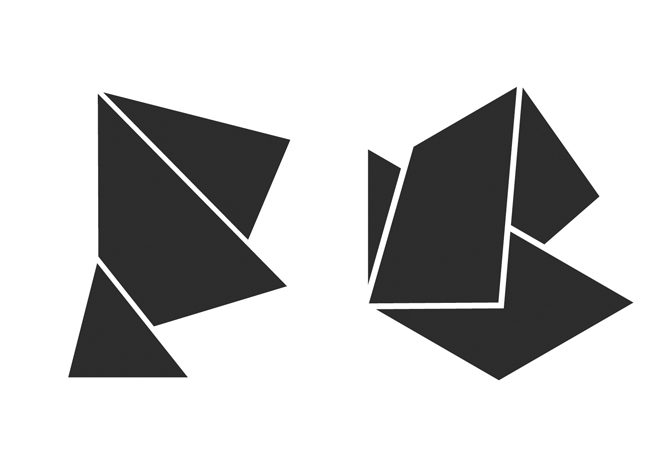 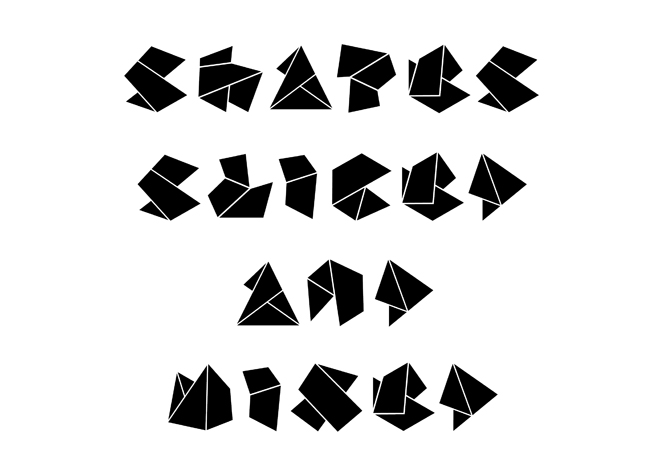 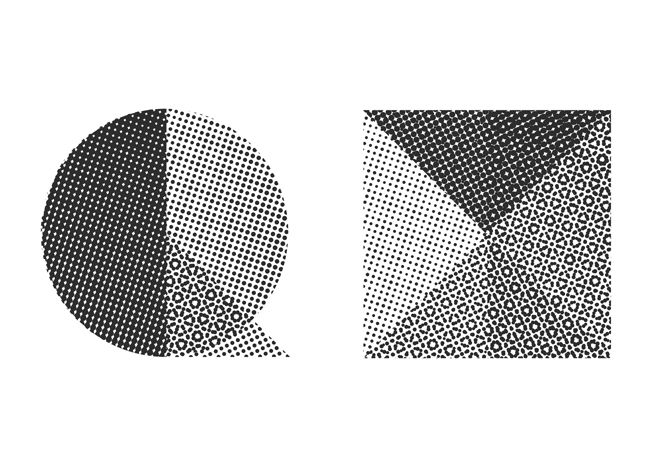 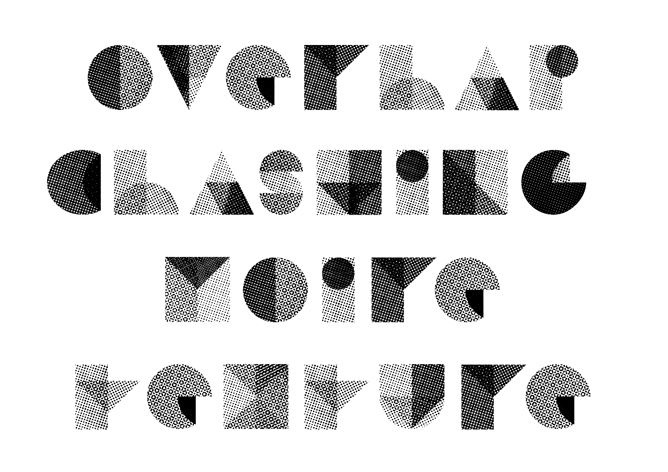 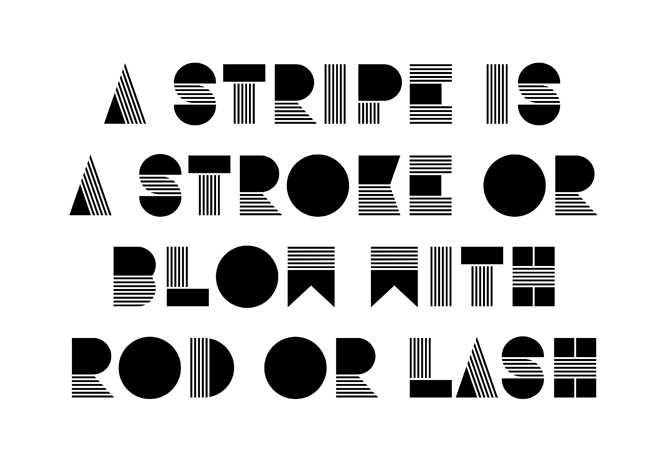 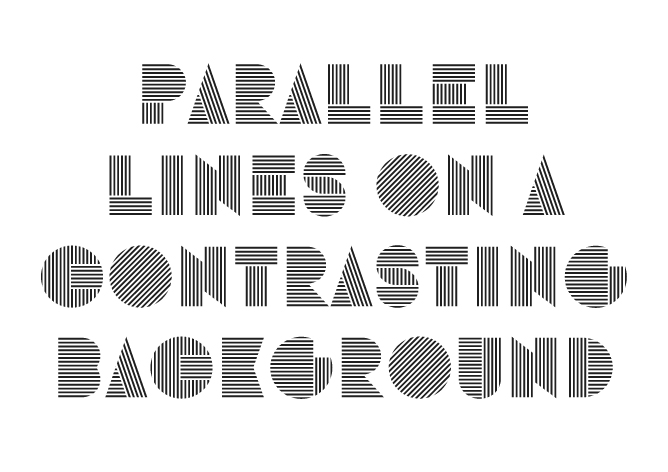 Coming from a graphic design rather than lettering design background, my type design is often graphic rather than typographic, individual letters viewed as much as independent graphic entities as part of a system. Sometimes this can be expressed more freely than usual, when issues of readability are less important than impact. Typography used as an illustrative device or symbol. A magazine, particularly a fashion magazine, is a perfect context for such experiments.

These designs are a series of headline type as image typefaces for Another Man magazine. They explored illustrative ways of expressing its (discussed in a previous post) typographic idea of geometry and line. Also previously discussed, we had designed the typeface Ano for the magazine, a geometric monoline font in various versions for use in different ways and combinations. Though Ano was customised extensively in the magazine it was essentially a simple geometric font. The types discussed here added texture and pattern to the idea, the dot screen fonts in particular were extreme opposites of Ano.

The Fold font, as the name suggests was very approximately based on origami-folded paper. The circle of the magazine’s geometry idea is reduced to the circles that make up the dot screens, where different dot sizes and therefore shades of tone determine the individual planes. The idea of lines was expressed through the triangles and skewed rectangles the letters are built from. It is very much an angular homage to Roger Excoffon’s unique and evocative Calypso. There is also a diagrammatic, kite-like solid version, with the separate elements divided by a keyline.

The Flat font constructed letters from overlapped geometric shapes, circles, part circles, squares and rectangles. Again, these were assigned dot screens, this time they overlapped, creating multiple moirés. The construction of this font was quite familiar, there is nothing particularly new in creating letters from shapes in this way. However, the overlapping of the dot screens highlighted this idea of the letters being constructed, the moiré patterning makes multiple letters and words into a mass of texture.

Stripe was drawn in multiple versions, the simply geometric characters built from different combinations of striped and solid elements. This gave the font the feeling of Cassandre-ish lettering or 1930s poster typography. This was to a lesser extent seen in some of the setting of Ano, particularly when set as spindly constructed headlines and when mixing circular Os with the different width unicase typesetting. Ano of course is similar to the break-the-mould geometry of Futura in its Regular version, Futura just about predating the 1930s.

None of these references were intended. As I said, the idea was more about geometry than a particular historical reference. It just goes to show there’s no such thing as a new idea.