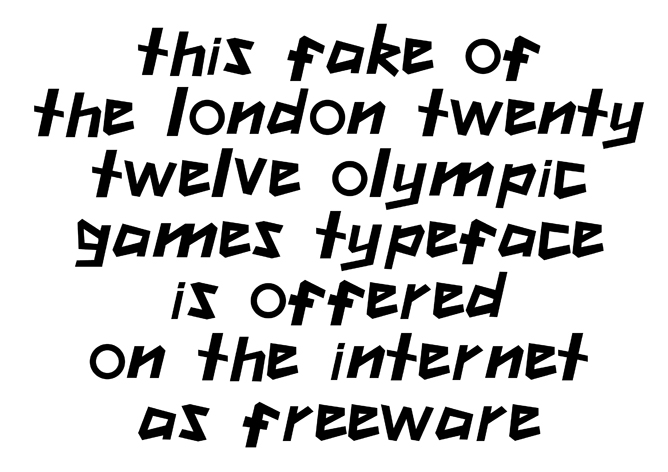 Any type designer knows that a quick trawl through google will show your work regularly, damagingly and illegally copied and distributed. This is outright copyright theft, the same as copying any other software, as with music and film, and depressingly familiar to any originator of content.

Failings in policing the internet, complexities of international law, will at some point have to be addressed. As will a shift in awareness, as copyright theft is still deemed somehow victimless, done remotely through download. That it bites into the income of creatives and therefore their ability to produce work in the future is not understood or considered.

The internet has encouraged the perception that everything is freely available, without cost. Free news, entertainment, video and music sites encourage web hits and imbue this sense of easy immediacy of access. News sites such as The Times in the UK are now introducing paywalls, so this is the start of a shift to the same pay per view culture that we have on TV. Music site Spotify initially offered a free service now withdrawn to new customers as the currency of ‘free’ becomes an introductory offer, creating a customer base that must at some point decide whether to pay.

This 2012 font, available as lower case only, and without numbers, is easy to find. It is somewhat amateur, probably autotraced, with an oddly arbitrary difference in drawing, weight and slant between characters. Its randomness and difference to the original is such that it has a certain naive charm.

Whether the typeface is viewed as a fake presumably depends on the ability of the viewer to recognise its difference to the original. You may or may not like the original, but this doesn’t look much like it, if it’s a fake, it’s a bad one. It’s the font equivalent of a street-market Louis Vuitton bag with the logo upside down. Anyone with any awareness of design should be able to tell that it is not the official font. However, various posts on the internet have shown that this is not the case. Does this then demean the original, or dilute its uniqueness and its impact?

There are freeware copies of the font that are somehow exact matches of the original. These must have been cut and paste from original data. Used without authority, without adherence to guidelines, matching typestyle but disconnected content, these are more damaging. Having read about the litigiousness surrounding the use of the Olympic rings, I’m surprised other facets of the identity aren’t being so protected.

In terms of how the above font is presented online, it is shown with a mocked-up 2012 logo, on a page titled ‘London 2012 font’. Notably (tellingly?) the digital font data has a different and disconnected name. The designer of this work also supplied a tutorial on how to draw the logo and rings, with the plaintive request:

“If you have any problems please contact me. This tutorial can be posted anywhere you want… Just please don’t pass this work off as your own… I was kind enough to make it so please don’t rip me off…”